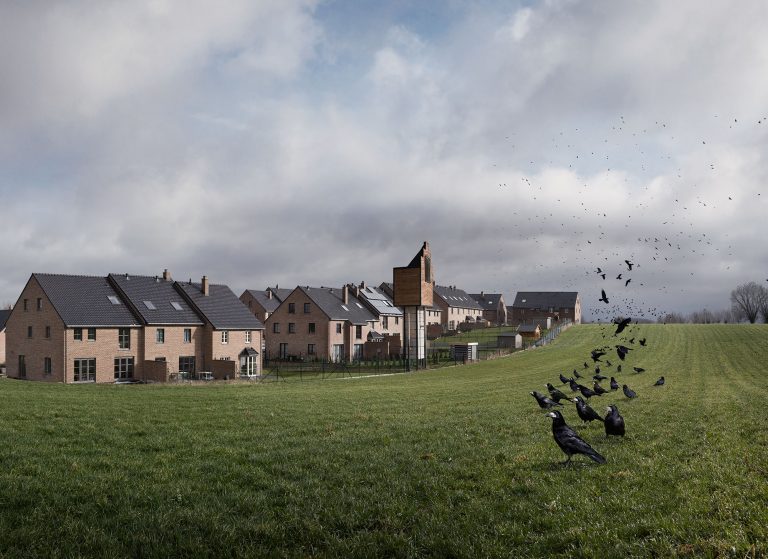 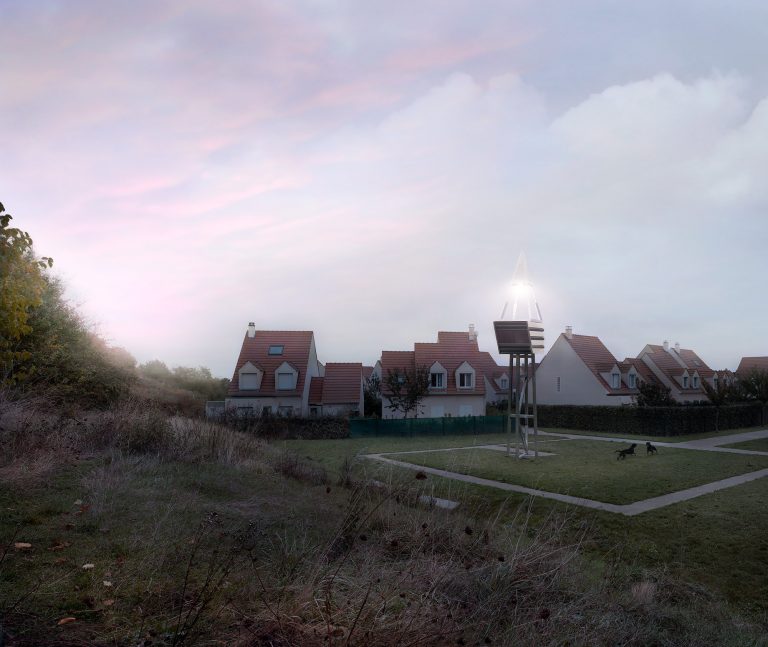 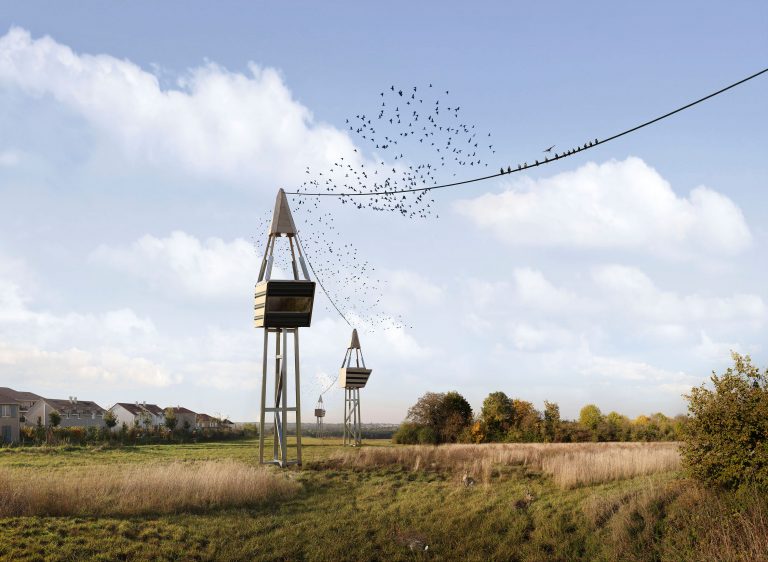 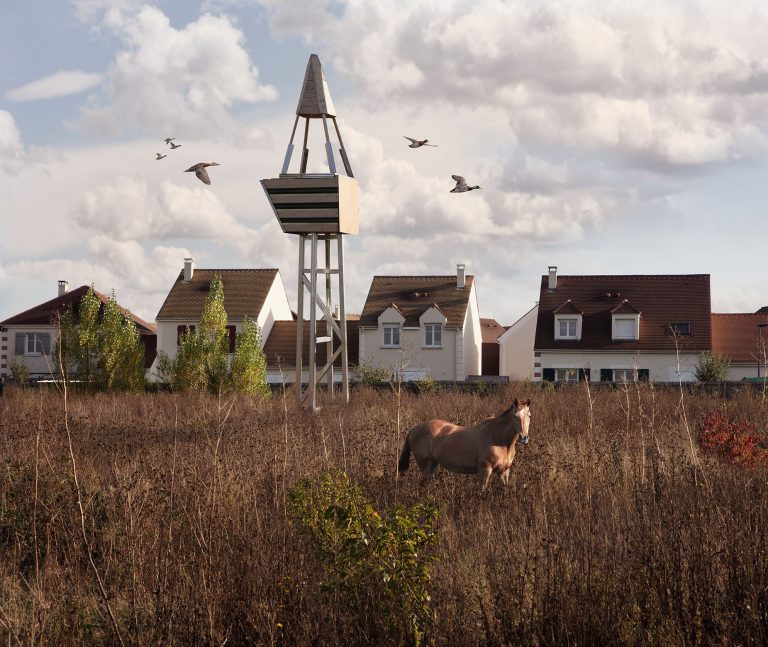 Born in 1972 in France. Lives and works in Paris.
Represented by the On Gallery, Beijing.

This series produced with the artist Etienne François evokes the societal and geographical condition of residential areas, through an anticipatory fiction. The bell tower, a structure visible in the French countryside, reminds us that the history of villages and their development is closely linked to religious culture. On the other hand, any symbolic construction seems to be excluded from the new housing developments. They were created as family homes, and their settlements form villages without a real center. Peri-urban pavilions have little to do with the surrounding countryside, and are also located far from large cities.

To fill the isolation of these populations, and to overcome the feeling of abandonment that they can feel, we imagine that, in the near future, the inhabitants could be led to develop a strong community culture, an organized autonomy in response to this relegation. The signs are these watchtowers surmounted by a bell tower, functional and symbolic, facing outward, both protections and totems marking the territory.

The series The villages conjures, through a play of mirrors, the landscape in its pictorial tradition, and more particularly its representation in the nineteenth century (in France with the Barbizon school), which was the support and the stake of a construction of the national imaginary . In summary, ideological landscapes. These images were made in a circle of 50 km around Paris and Brussels. 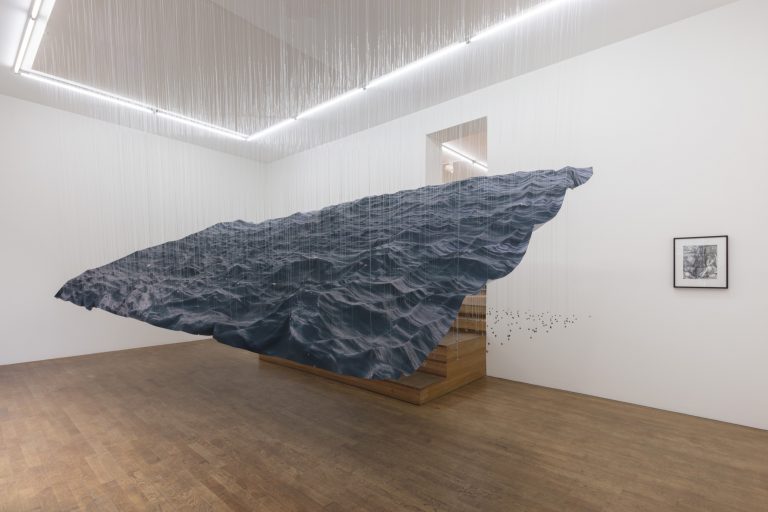 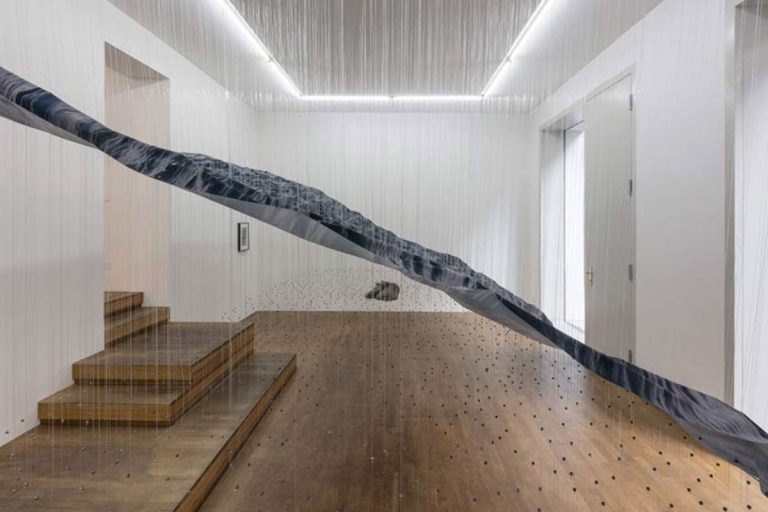 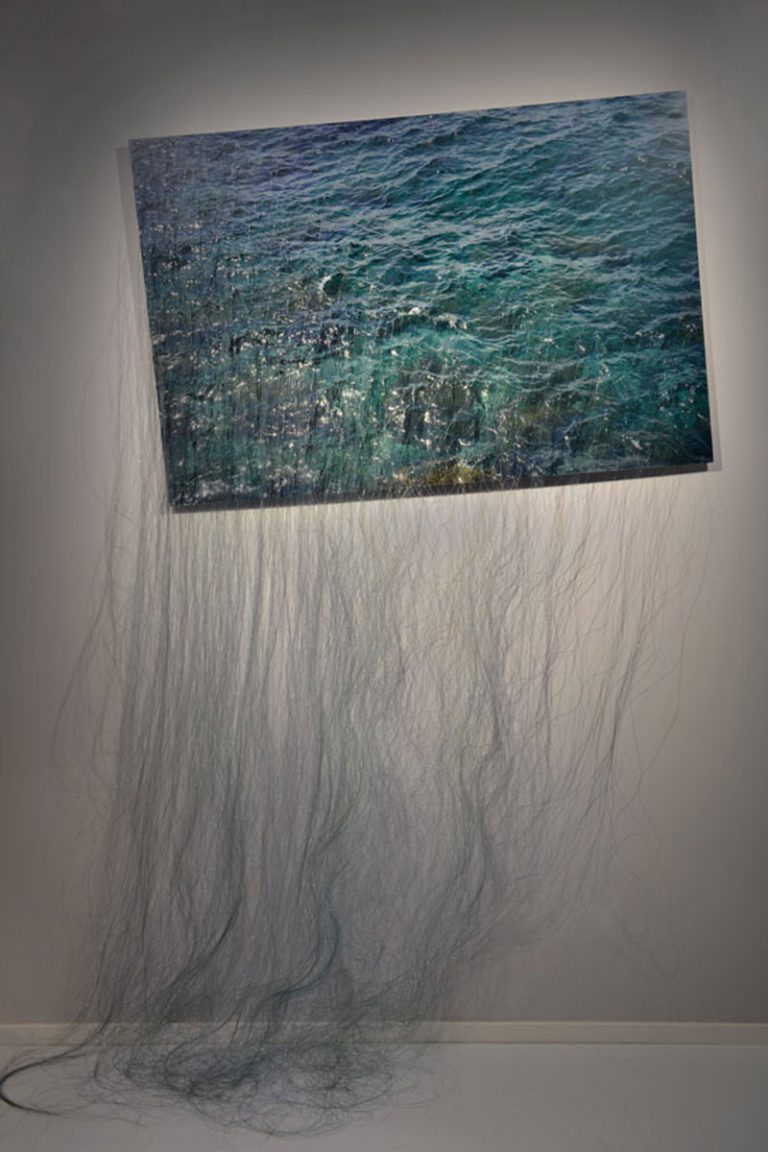 Miguel Rothschild thus mixes nails, pins or straws with obscure photographs, he perforates his images, to set up a double dimension. The diamond presented in the exhibition is part of this approach artistic. It represents this ambiguity between the wealth and violence present around the exploitation of this stone, as well as the paradox between its hardness and its apparent cracks.