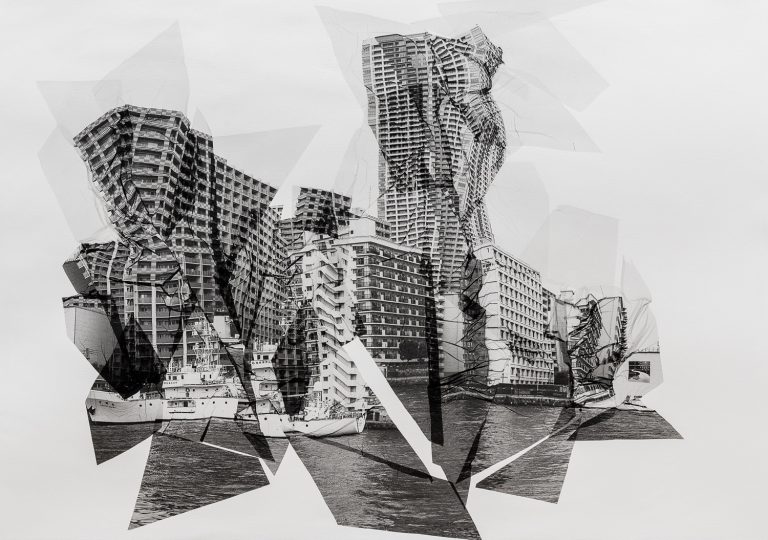 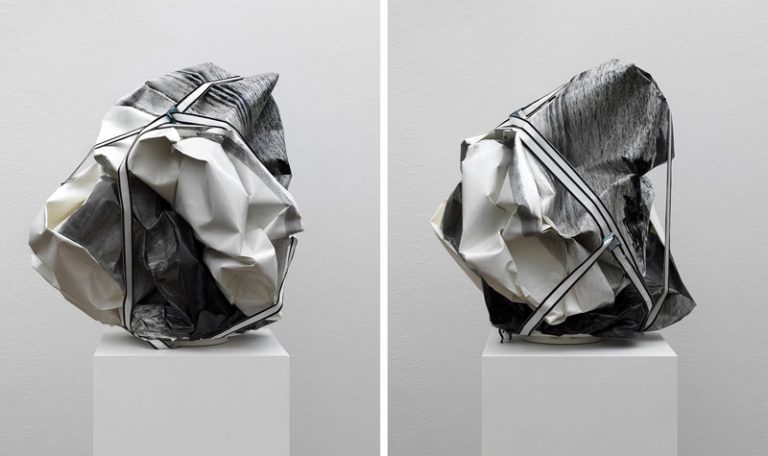 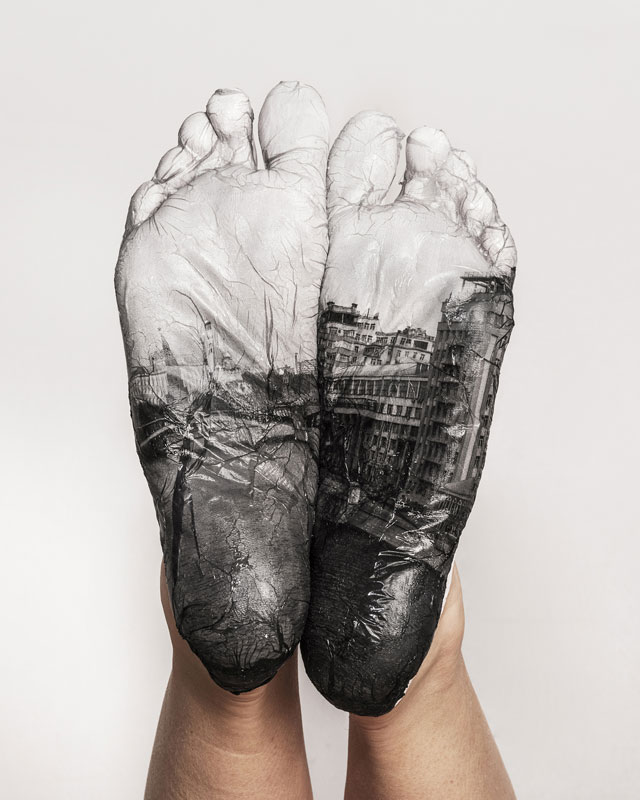 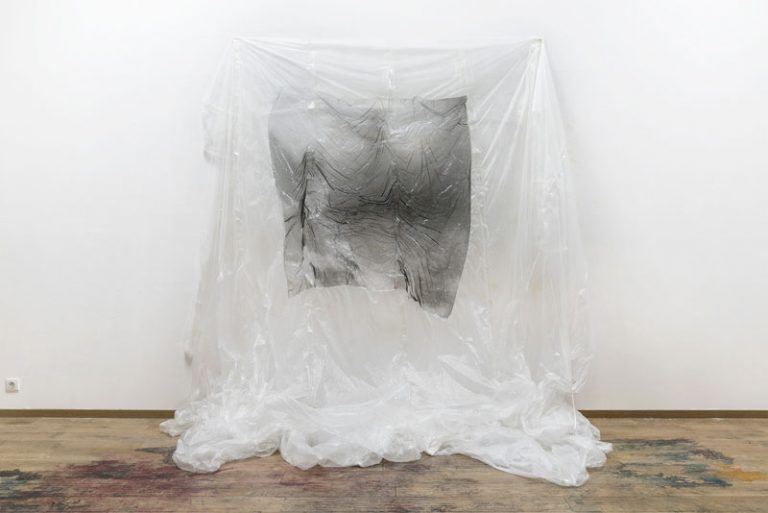 Born in 1982. lives and works in Saint Léger under La Bussière.
Represented by Galerie Ségolène Brossette, Paris and The Merchant House, Amsterdam.

The two snapshots used here were taken from a cruise ship in Tokyo Bay during a photographic cruise on a route from Moscow to Tokyo via Vladivostok. Photographic images are transposed onto paper by a specific process. They were chosen from a large number of shots, they had to respect a correspondence between the subject, the space and the architecture.
The detachment of the gelatin and the rest of the image on another support imply a determining random part. She brings new work: new avenues for reflection in the relationship to the subject, the landscape and the image. The result of the process evokes fluid movements, paradoxically brittle and watery that allow to waltz the subject, evoking the collapse of the image.
The gesture of the drawing impinges on that of the photographer, it is part of the fiber of the photographic material. The phenomenon of "moulting" here tends to destructure the mechanical trace to be the starting point of another trip.
These alterations reappropriate the memory of the landscape surveyed on the reported images.
Photography is not enough to remember. The moult restores a becoming.