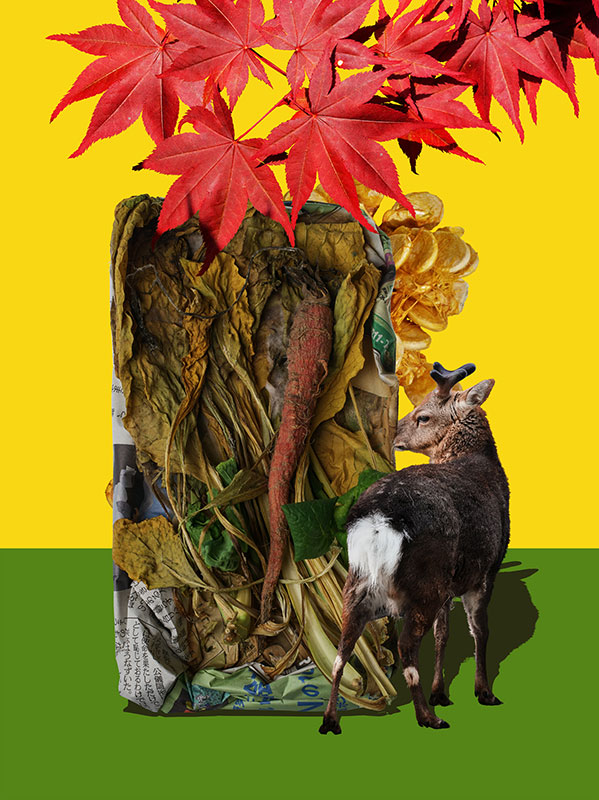 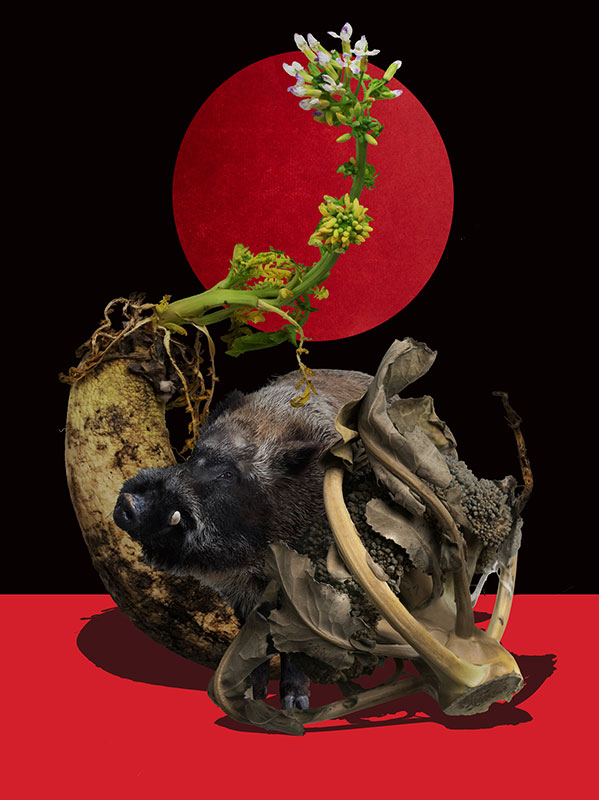 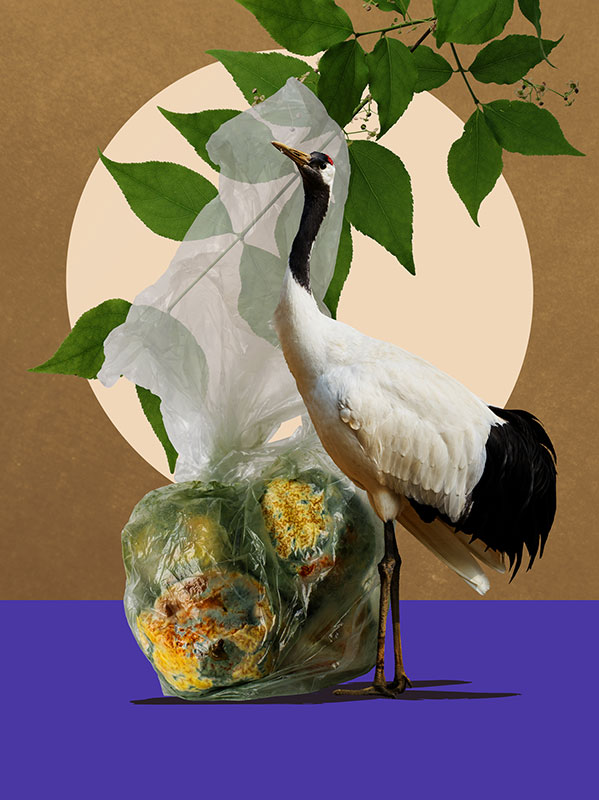 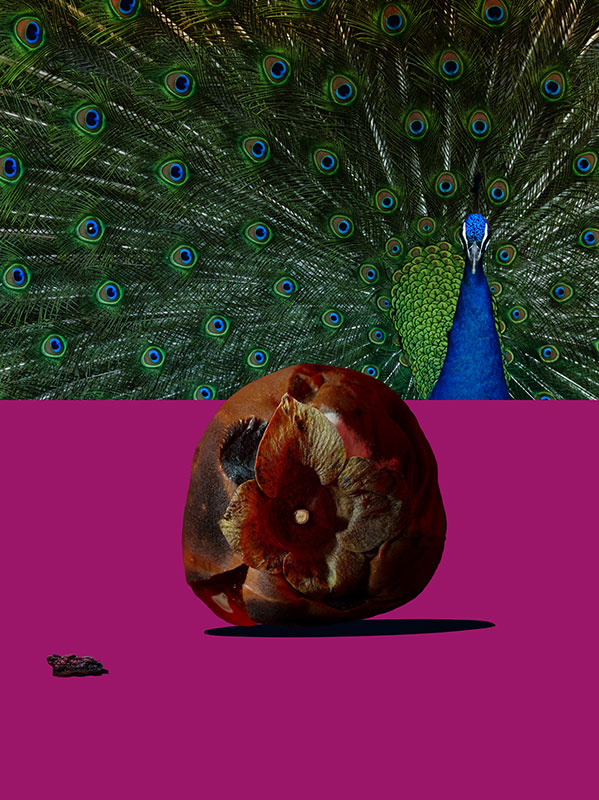 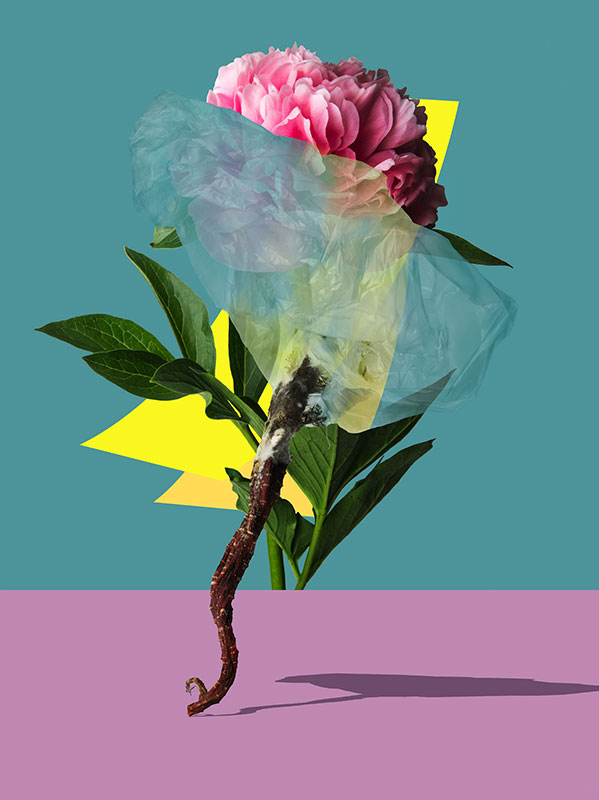 Born in Nagoya (Japan) in 1965. Lives and works in Tokyo.
Graduated from Nagano Art and Design School in Visual Communication Design.
Represented by The Artling Gallery, Singapore.

One day, I accidentally left a box of fruit and vegetables that my mother shipped to me from my hometown to rot. I hadn't even taken them out of their packaging. I then contemplated the vegetables at the bottom of their box, which had become their basket. Before they fall apart, I wanted to embalm these corrupt fruits to pay homage to them. I chose the Hanafuda as a motif of the last rites. Hanafuda, or "Flower Game" is a traditional Japanese card game. It consists of a pack of 48 cards, which are divided into 12 suites of 4 cards each. Each suite represents a month of the year and is illustrated with a flower or a plant of its own. In most suites, there are two cards: one on which the plant is depicted all by itself, and the other featuring a tanzaku, or a poem on a ribbon, in the middle of the flowers.