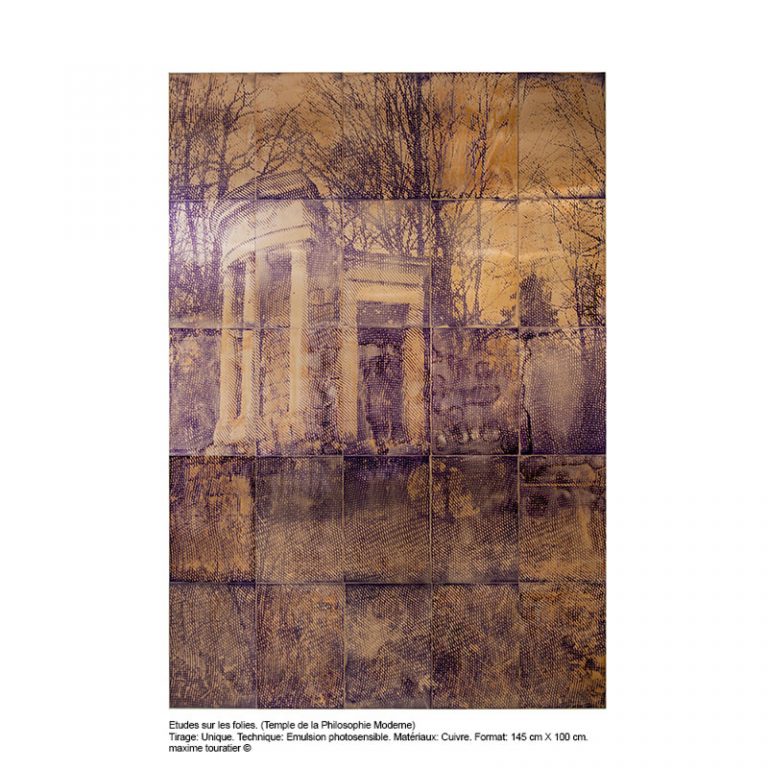 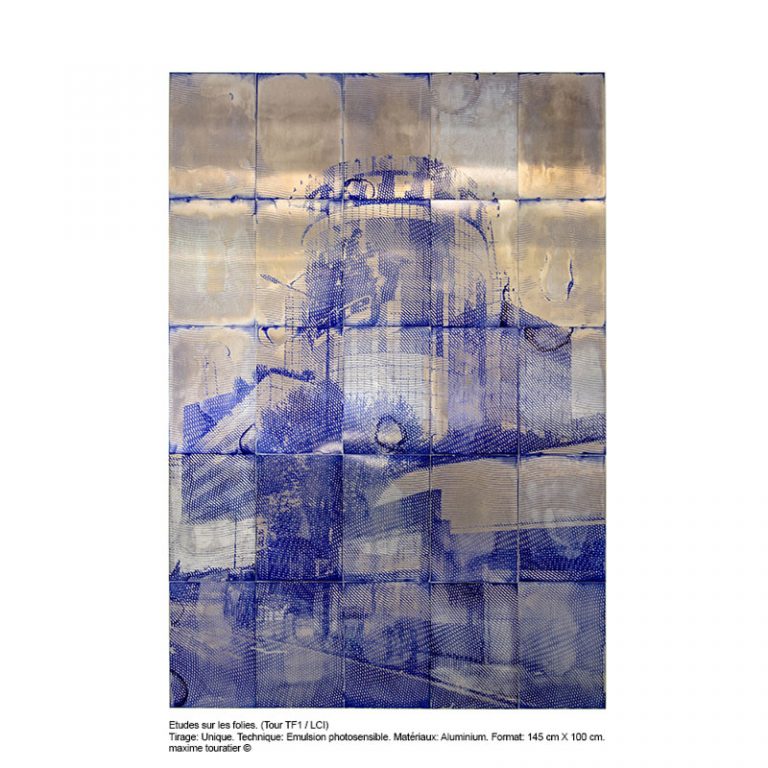 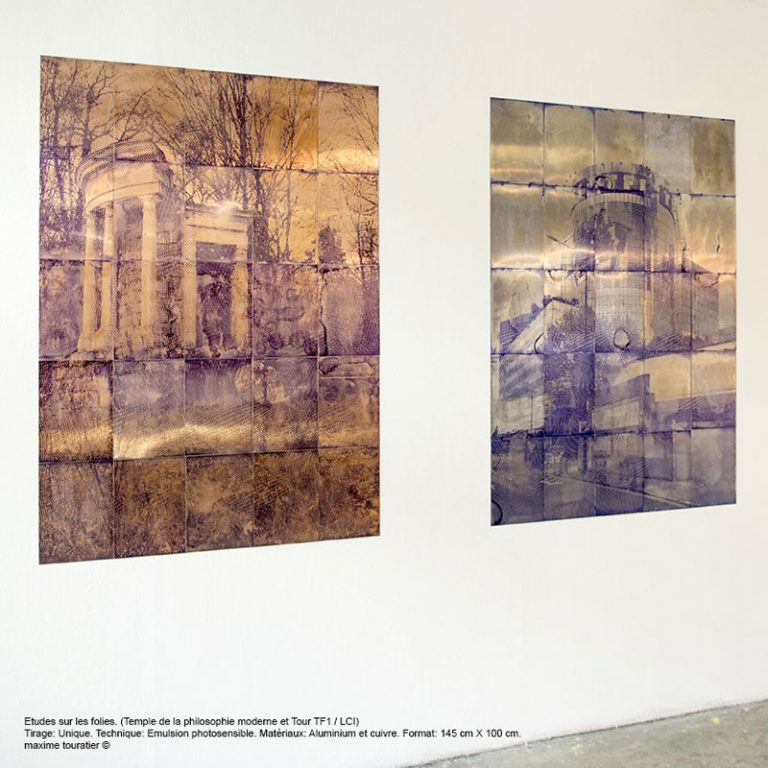 Lives and works in Argenteuil.
Has followed an artistic training at the Ecole des Beaux-Arts in Bourges, then in Nantes during a post-diploma in Europe.

Questioning the notion of "Monuments", these diptychs confront symbols from time spaces: for example, the Temple of Modern Philosophy by Jean Jacques Rousseau and the TF1 LCI tower. With traditional photographic techniques, engravings and printing, Maxime Touratier develops his filigree images on plates of copper, aluminum, steel, brass or zinc, spinning the metaphor of the technological and temporal gap. These 25 plates devices (20 cm x 29 cm) each carrying an image, offers a guessed, sublimated view of the common or forgotten monument.