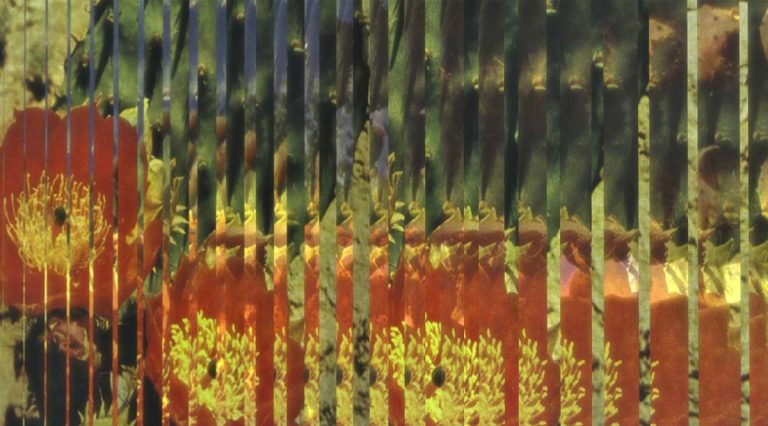 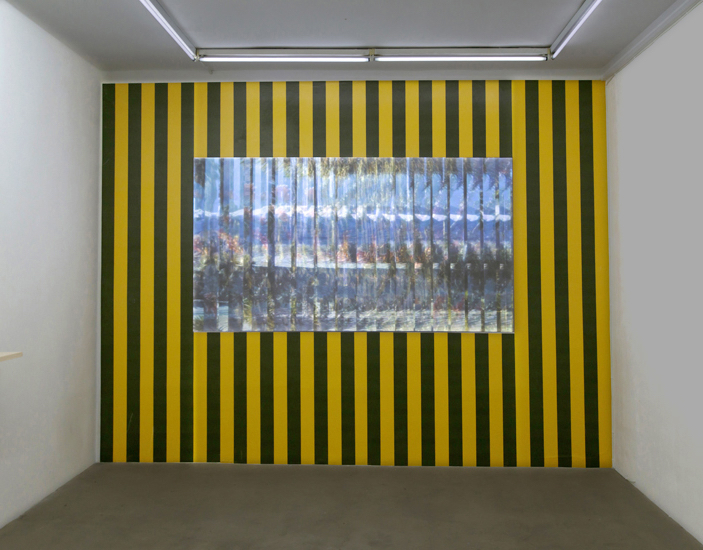 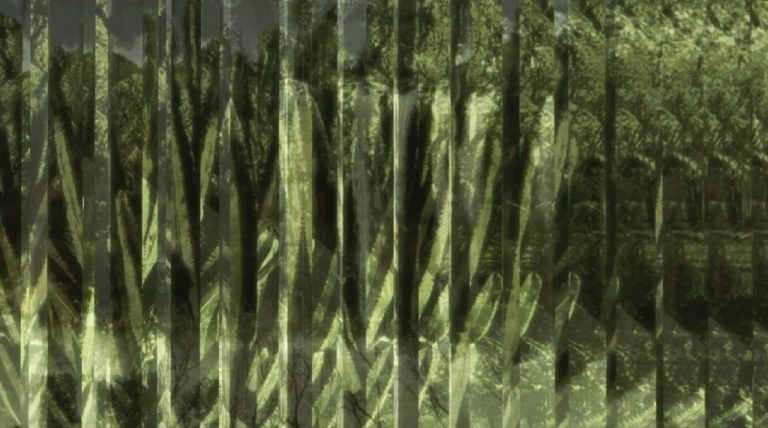 Born in 1985 in Aix-en-Provence. Lives and works in Paris.
Represented by Galerie Valeria Cetraro, Paris.

“This video intertwines views of arid landscapes published in Desert Magazine, published in the United States from 1937 to 1985, and brings together several practices: photo reportage, slide show, video installation, trompe-l'oeil, 3D, wallpaper, music. The projection consists of thirty one-minute sequences linked to each other by a crossfade. Two views of the desert merge in each scene, and form a third original visual, with uncertain contours, which is reflected on vertical bands swept by a tracking shot. Everything interpenetrates in a constant flow. We swim in full confused multiplicity ...

The status of the photographic image is thus upset. Neither flat nor two-dimensional, it seems to enjoy a thickness, thanks to the succession of bands that cross the projection screen and give the impression, when our eyes surrender, to face 3D forms . Neither fixed nor static, it fluctuates and vibrates, dynamic, fleeting. Therefore, the image no longer accounts for the world following an ideal of accuracy and clarity. Rather, it forms an experimental and hallucinatory environment that overwhelms us, overflows us, and creates an illusion of depth of field.

In soundtrack, echoes of guitars, interpreted by Guilhem Lacroux, do not cease to cover each other, in a psychedelic atmosphere. "