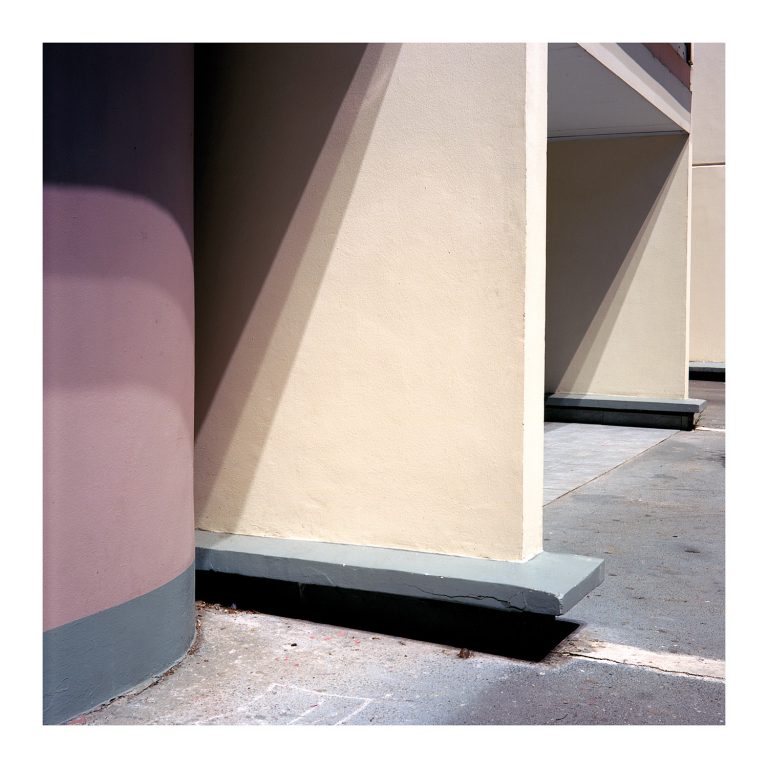 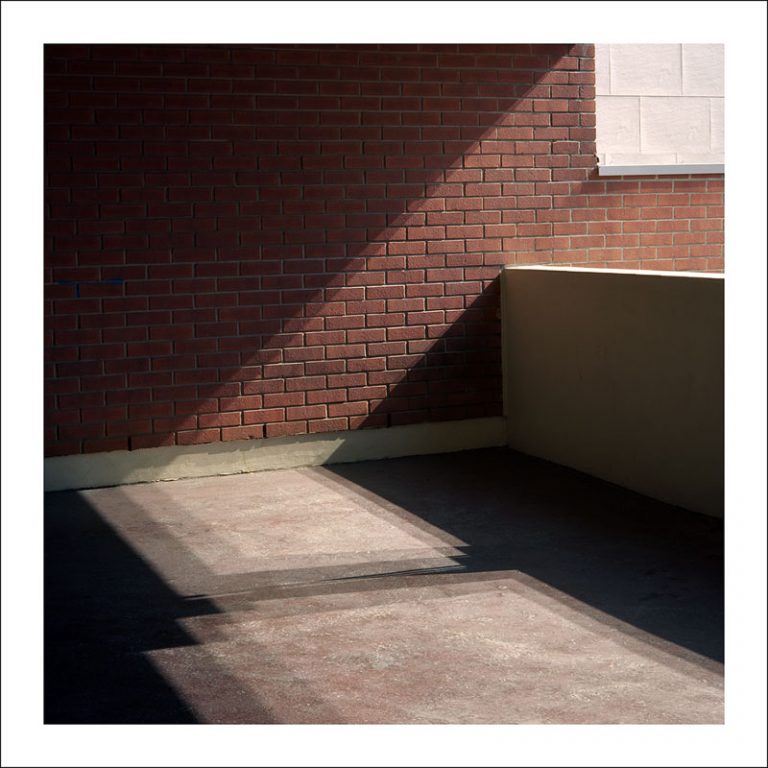 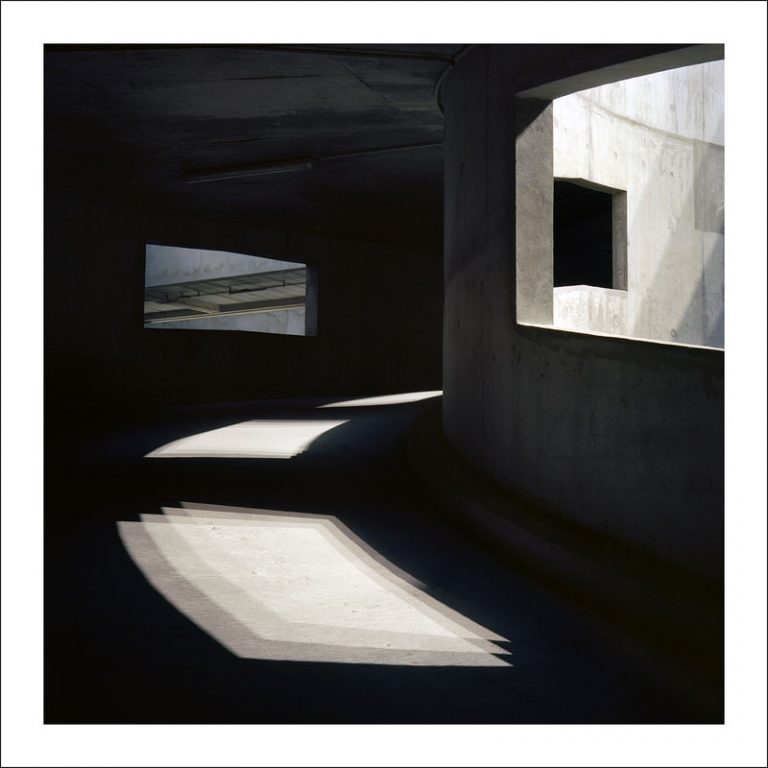 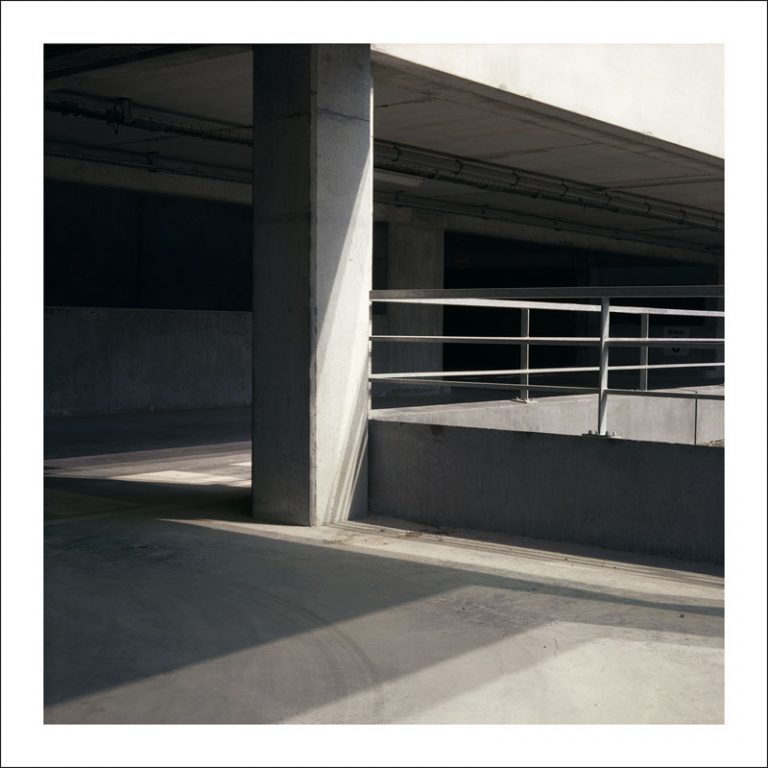 Born in 1974 in Vincennes. Lives and works in Lille.
Graduated from the Ecole Nationale Superieure des Beaux-Arts of Bourges.

Several images superimposed on the same silver negative record the movement of shadows in dehumanized architectural spaces. To the question of gray gradations is added the desire to reinterpret the chiaroscuro and play, at the level of composition, with simple geometric patterns, coupled with their shadows.
These static architectures, both subjects and supports of their own representation, naturally produce only one shadow in the light of the sun. But here, under the effect of the rotation of the Earth and the process of photographic recording, a form of tension is established between the fixed, almost immutable architectural subject and the superimposition of this shadow which is multiplied and becomes dynamic or even kinetic. .