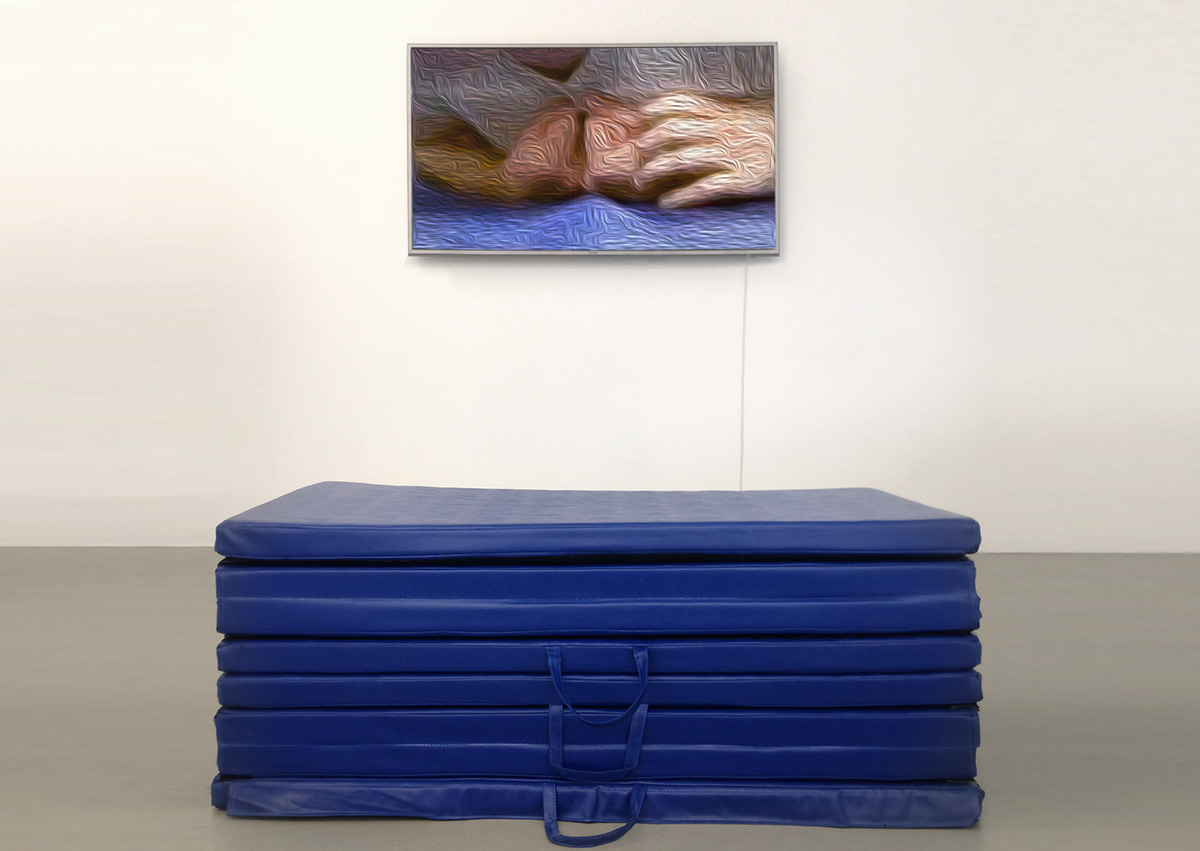 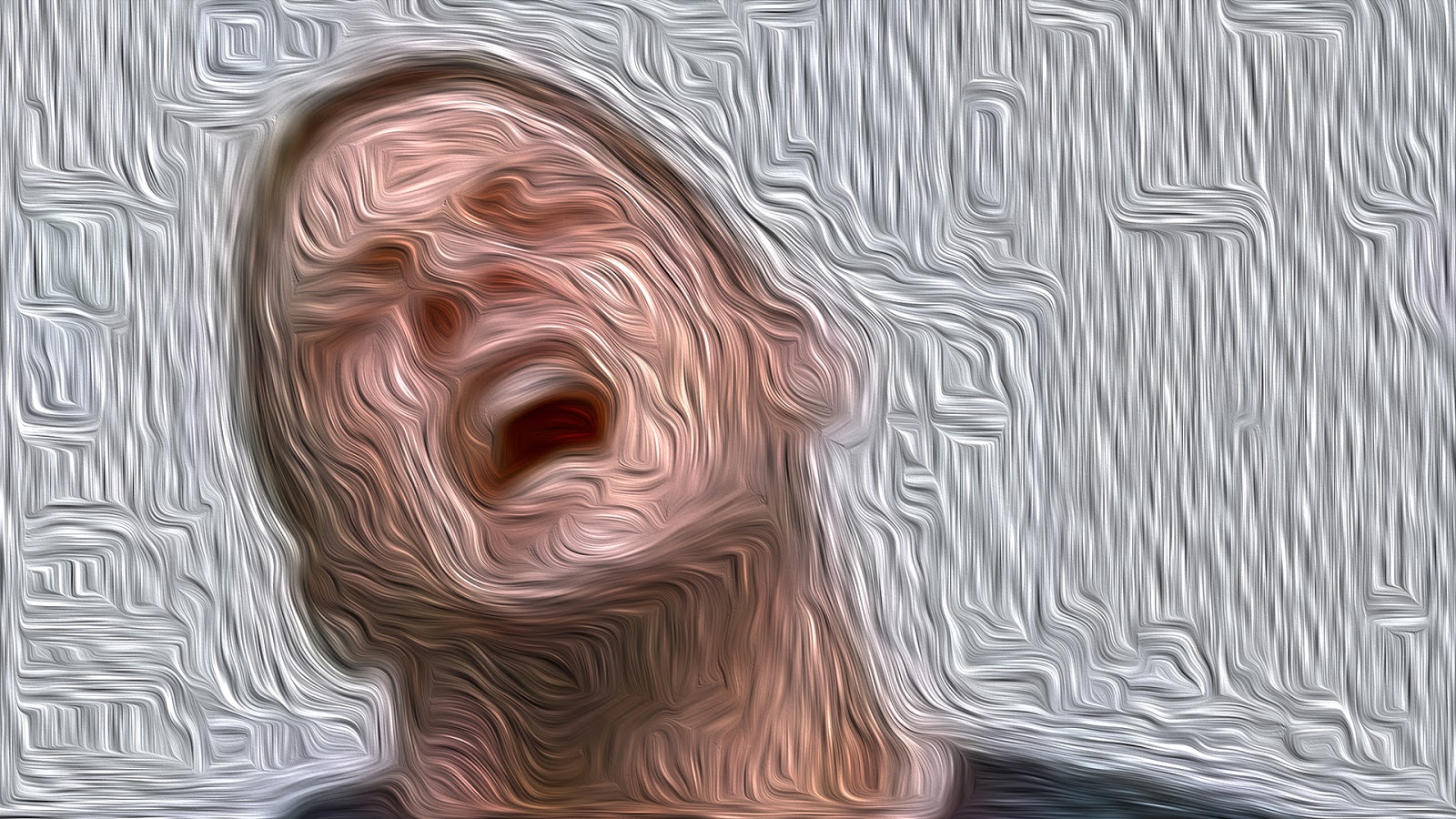 Émilie Brout & Maxime Marion began their collaboration at the ENSAD Lab in Paris, which they joined for two years. Their work has won the Arte Laguna and Contemporary Talent awards from the François Schneider Foundation. It has been included in the 5th Moscow Biennale for Young Art, the 5th triennial of ADIAF, and has been exhibited and screened in numerous group exhibitions.

"With Lightning Ride, the poles of the technological, the organic and the mysticism are telescoped with electricity for junction point. This is a video made from extracts of "Taser Certifications", a kind of ceremony allowing the United States the use of Tasers on the condition of self-tasering. Passed to the "oil painting" filter on Photoshop, slowed down and accompanied by an ominous soundtrack, the images that follow one another reveal bodies and faces whose positions and deformations evoke both pain and christic ecstasy. "Text by Sarah Ihler-Meyer.