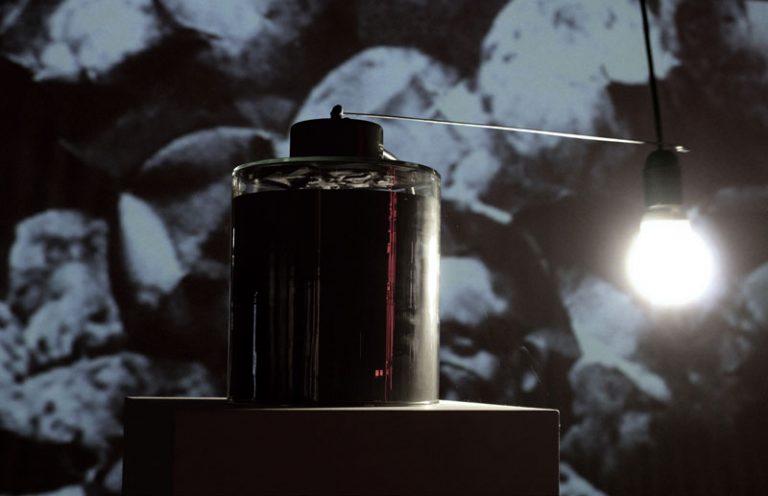 Born in 1973 in Chauny. Lives and works in Lille.
Studied at the Erg de Bruxelles.

Placed on a base, a small engine overhangs a cylinder of glass. The motor allows a metal arm to rotate 360 ° around the cylinder and this arm carries a lighted bulb, like a satellite in orbit. The cylinder is hollow and made opaque by a layer of black paper. An almost hidden image is held horizontally in the upper part of the cylinder while a camera is placed vertically below. The image crumpled by the artist is captured in low-angle and then revealed live on a screen by a video projector.