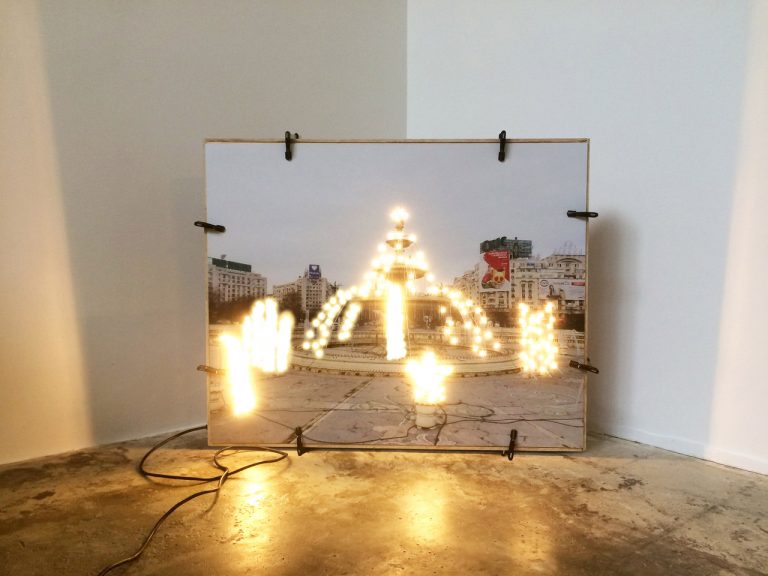 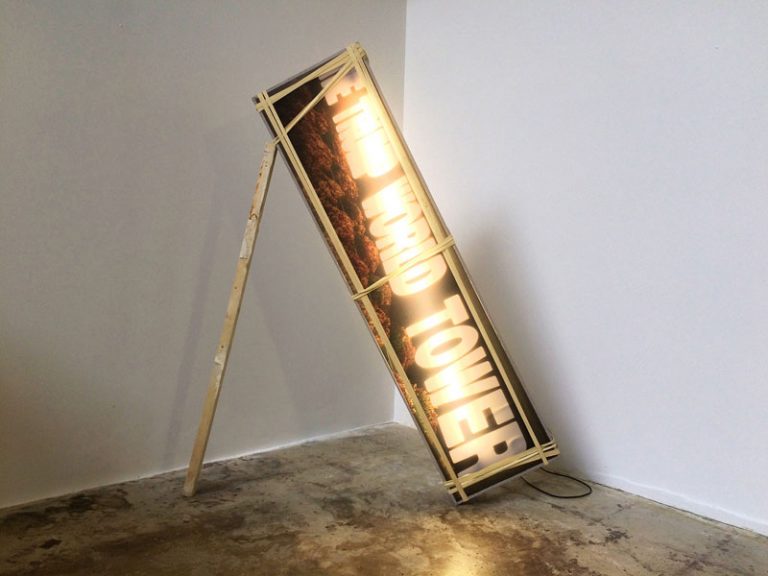 Born in 1966 in Sainte-Adresse. Lives and works in Aubervilliers.
The search for "being in the world" is at the heart of his artistic approach. Her work explores places of anger and helplessness, and looks at the issues raised by the world around us.

Bucharest reflects a melancholy, tragic universe. It is a city where the markers of a festive period are absent. People are crushed by misery and a total lack of landmarks; their identity disappeared, they are no more than the ghosts of themselves. Placed in the middle of a central square, surrounded by Coca Cola, H&M and Adidas, there is this fountain, adorned with Christmas attire that will never light up. I decide to reinvest it with its holiday lights. The photographic print is mounted on a box, pierced with LEDs, which are positioned and illuminate the garlands which have remained extinct. But that's just a picture. And the image I saw of Bucharest is of a city in ruins - it is also the first time that I am confronted with the remnants of a contemporary war.