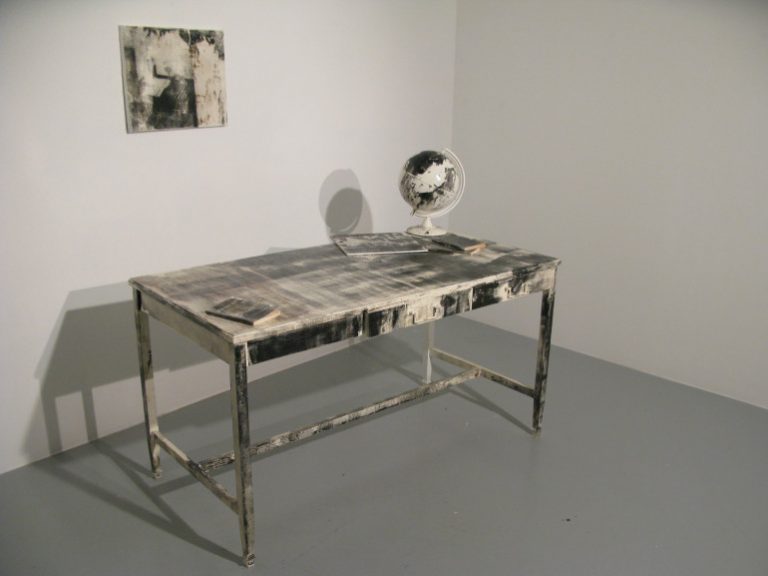 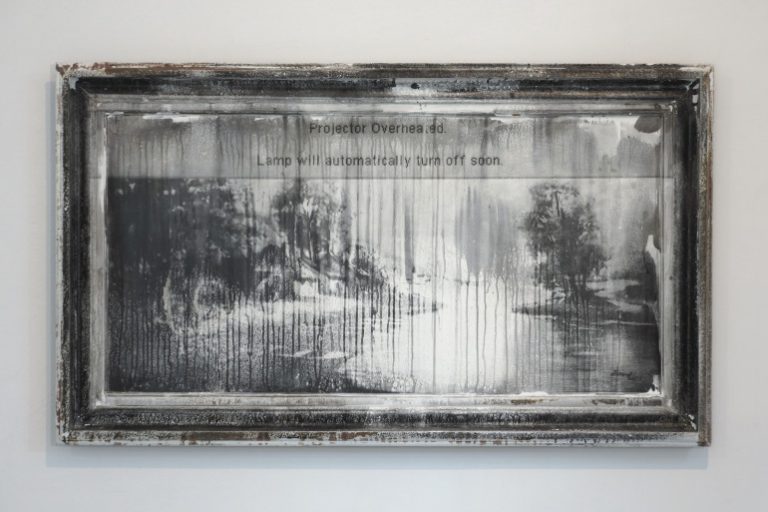 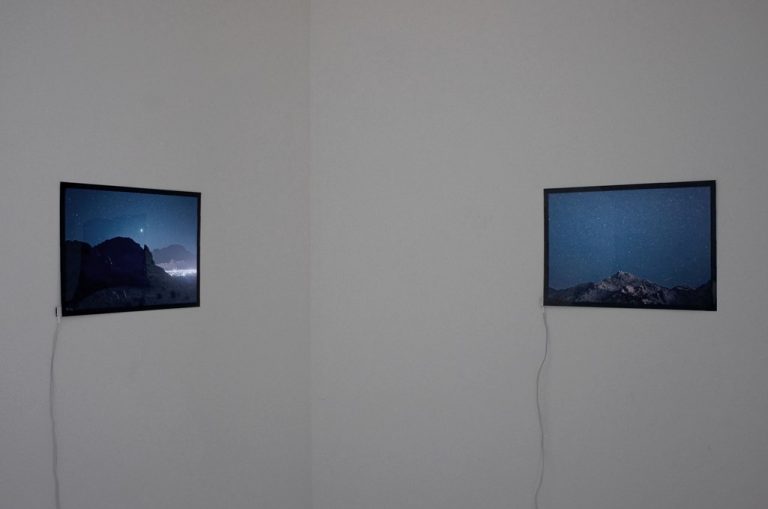 Born in 1975 in France. Lives and works in Paris.
Represented by the New Gallery, Paris, and the Laurence Bernard Gallery, Geneva.

Placing an amused and critical look at technology, Bertrand Planes diverts the object from its utilitarian and commercial functions while maintaining its aesthetic qualities.

La Montmartre series consists of abandoned paintings, found in Montmartre. The canvas and the frame, after having been photographed, are entirely repainted in white then impregnated with a photosensitive liquid. The photograph is then projected onto the board using a video projector. The surface is finally revealed and fixed in the manner of a photo development. The painting and the frame become the support of their own image, consisting of video pixels fixed by the grain of the argentic photo.