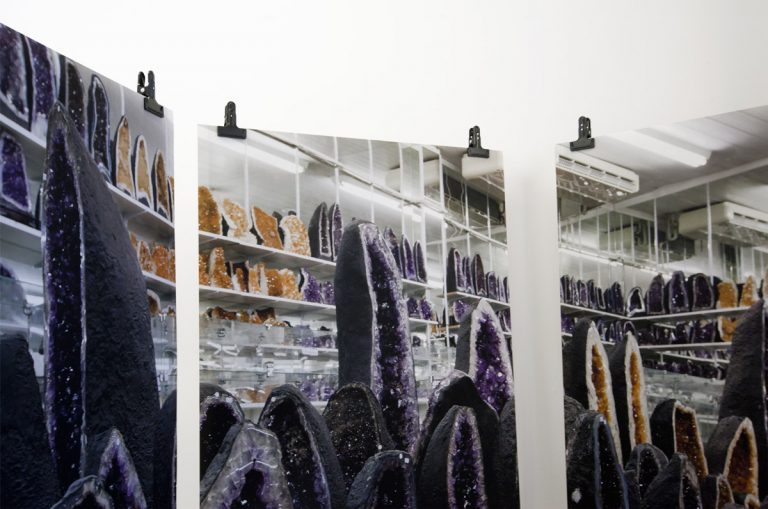 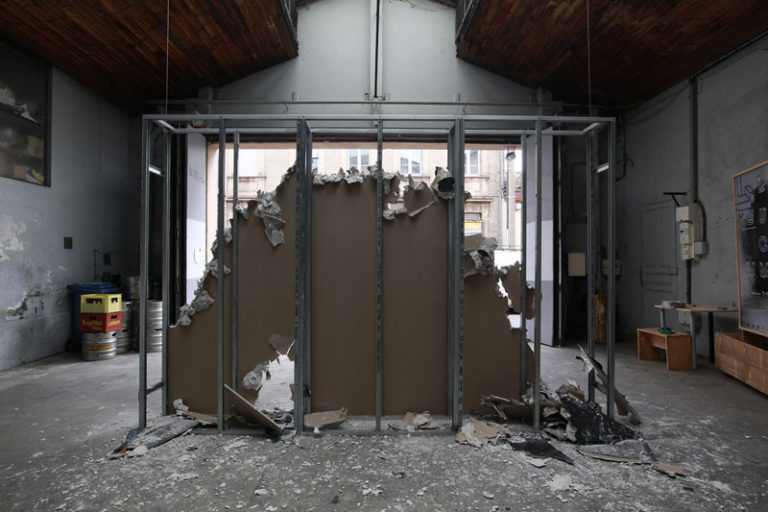 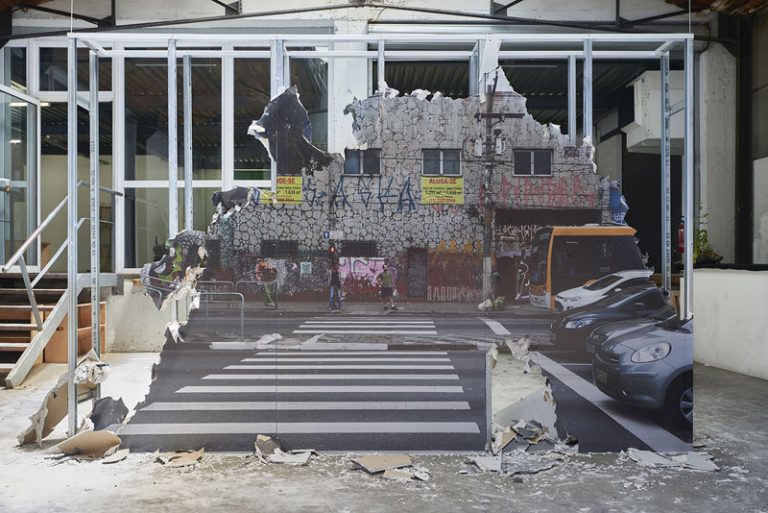 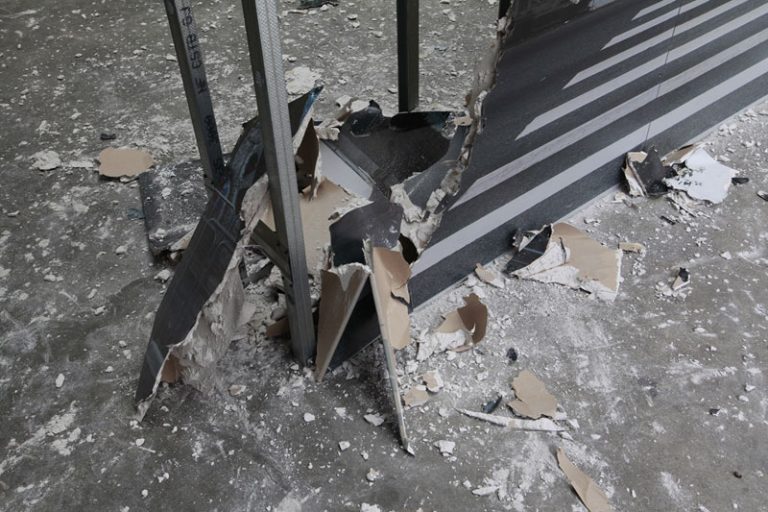 Born in 1979 in Sao Paulo.
Lives and works in Paris.
Graduate of Fine Arts from the University of Sao Paulo, Master Photography and Contemporary Art Paris VIII.

Taken in a supermarket of the geode in Brazil, the photograph at the origin ofIt is easier to scrape the mortar than to move a stone lingers on the way in which minerals are arranged on the shelves methodically, by color to become "assimilated" goods which exhibit the scars of their treatment. In fact, to reveal the "precious" heart of the stone, you have to incise the shape lengthwise. It is this mutilation which inscribes its value to the object. The play re-enacts this dialectic from outside to inside, from revelation to absence, from the profane to the sacred. Raised on an anthropomorphic scale, these fragmented images are integrated into a sculptural device which implies a ritual, frontal dimension and which gives an almost human characteristic to these faceless figures.