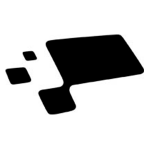 Opening the November 16 at 18h

Edouard BURGEAT Born in 1988 in Paris.Vit and works in Paris.
Edouard Burgeat has a diversified practice through which he explores the memory, collective and individual, as well as history and its paradoxes by addressing subjects as diverse as varied.
Series India in a few stones, photo-transfers on marble, variable dimensions.

These pieces between photography and sculpture are made with pieces of broken marble, collected in India. They come from a slum where workers and their families live during the construction of new buildings for wealthier people. The material used is the remaining marble from the site, the unused falls and surplus, on which the artist's analogue photographs are manually transferred. The photographs themselves are images of people living in these slums, their families and their habits, highlighting the humble souls on this precious material that they work and then abandon each day without measuring its value. A tribute to these nomadic men and women immortalized in stone.

Claire JOLIN Born in 1963 in Metz. Lives and works in Metz.
Studied art in Norway and then in France at the Beaux-Arts in Metz.
Practice an experimental photography by creating dreamlike images where she mixes objects, paper clichés, photocopies ... The grain of the film, the double exposure, the play on the final materiality of the image scramble the tracks of time and the medium.
Fensch, Great Pyramid, inkjet print on matte paper, 175 x 160 x 35 cm.

“Fensch” is a small steel valley in Lorraine, my region of birth where I still live and work today. It is the place that I chose to reflect on the mechanisms of construction of the collective imagination, these images that we forge and that we transmit to ourselves in order to face the world. To show this mechanism, I create devices that activate several modes of perception and encourage the viewer to experiment with their own mental construction. I explore the plasticity and two-dimensionality of images while keeping the simplicity of materials and shapes. I give flesh to images resulting from an immaterial thought, memory. The destabilized eye plunges into a photograph without beginning or end. The heavy sculpture recalls the telluric power of the steel industry.

Clarisse TRANCHARD Born in 1966 in Sainte-Adresse. Lives and works in Aubervillers.
The search for "being in the world" is at the heart of his artistic approach. Her work explores places of anger and helplessness, and looks at the issues raised by the world around us.
Bucharest, photography, wood, neon, 106 x 87 x 30 cm.

Bucharest reflects a melancholy, tragic universe. It is a city where the markers of a festive period are absent. People are crushed by misery and a total lack of landmarks; their identity disappeared, they are no more than the ghosts of themselves. Placed in the middle of a central square, surrounded by Coca Cola, H&M and Adidas, there is this fountain, adorned with Christmas attire that will never light up. I decide to reinvest it with its holiday lights. The photographic print is mounted on a box, pierced with LEDs, which are positioned and illuminate the garlands which have remained extinct. But that's just a picture. And the image I saw of Bucharest is of a city in ruins - it is also the first time that I am confronted with the remnants of a contemporary war.

Melody SEIWERT Born in 1960. Lives and works in Strasbourg.
Series From the tiny to the infinite, from the plant to the cosmos, pigment inkjet print, laminating on Dibond, 60 x 90 cm.

In the coherence of my research trajectory, scrutinizing the visible, I now explore the micro vegetal world and its infinite phenomena of putrescence. I create "vegetal negatives" from material of floral origin placed between two glass plates. Over time, new life emerges and these microorganisms thus become the main actors of an organic image in the making. In a process of perpetual mutation, they break down shapes and suggest colors that mingle with the secret of a dance. Vibrating energy constantly expanding just like the universe, it reminds us of the fabulous organization of matter from the galaxy to the living cell. I glimpse in my garden, the secret of the living ... "macrocosmic" images of everything that responds in the universe, mirrored in the infinitely small. I discover a cosmic order, a trajectory of particles which seems to join that of galaxies, as if the flower contained the whole cosmos.

Janaina WAGNER Born in 1989 in São Paulo. Lives and works in Tourcoing and São Paulo.
The conceptual point of Janaina's work is the relationship of limit, control and restraint that the man-kind establishes with the world.
Werewolf (Werewolf), Video.

Janaina Wagner dedicated her residency in Belo Horizonte (in Minas Gerais, Brazil) in search of the figure of the Werewolf. Through the maxim "man is a wolf for man", the artist depicts the mining territory in a landscape sculpted by man's tools - a ruin of the ground with post-apocalyptic appearances, a tropical scenario conceived for the production of a so-called progress, a development. “I imagined the Werewolf as an amalgam merging in a single image the Human and the Animal. It functions as a gateway to question the processes of domination in the history of civilizations. I perceive him as a hybrid being, living in intercalated spaces and ensuring the transition between reality and invention, lies and truth, stories and History (with a capital H) ”