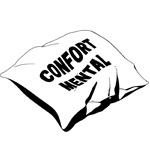 Opening the 06 December at 18h

Anne-Camille ALLUEVA Born in 1984 in Toulouse. Lives and works in Concots.
Anne-Camille Allueva develops a photographic work related to the processes of creation and appearance of the image. The devices she engages place the image as a material whose particularities and relationships to space she explores.
The Fifth Dimension, concrete, glass printing, polaroids and laminated prints.

The Fifth Dimension seeks to explore the phenomena of appearance, and construction of the image. To be extracted from known forms of representation, whether through matter, devices or vision systems. It is a question of reinvesting the first supports of the photographic image, but also of working the matter for its properties. It is a question of experimenting with the notions of projection, filtering, referral, absorption, deformation, absence, and light effects, which among other things form the facets of the image. The Fifth Dimension seeks to expose an idea of ​​the image by its own construction devices.

The Display is a tribute to Alain Jessua's film "La Vie à l'Envers" (1964): Jacques, played by Charles Denner, takes his hat before leaving his apartment ... In this stealthy plan, the element of decoration on which the hat becomes an object of fantasy: to appropriate it within an exhibition. Re-designed and then realized as part of the exhibition "6 images that are needed" at the Aponia art center, it becomes the display on which "cards are freely arranged on a pier, as the calls of a shipwrecked waiting to be collected "*. As an element of decoration, his drawing is also reminiscent of the grid dear to the architect Auguste Peret, which he deployed in Le Havre, where Alban Gervais grew up.
* excerpted from Sébastien Dufay's text "Le Graphisme à l'envers" commissioned as part of the exhibition "6 images that are needed".
The shelves, two in number, are arranged in the center of a white boundary of 120 x 180 cm. A format echoing the street posters in the bus shelters, Alban Gervais draws the ghost. Depending on the exhibition space, this space can however adapt. On the shelves, in an entirely different arrangement, two sculptural piles of A4 images reveal their slices.

Edouard TAUFENBACH Born in 1988 in Neufchateau. Lives and works in Paris.
Graduate of the Pantheon-Sorbonne University in Arts and Digital Media.
His research is divided between video art and plastic expression. Working around the concepts of trace and memory, his works are constructed by the repetition and accumulation of forms.
Represented by Galerie Binôme, Paris
Specular, collages composed of silver prints on paper, laminates on aluminum, variable dimensions;

At the articulation of photographic and videographic mediums, my work explores the technical means of capturing movement, understanding it and breaking it down. Around the concepts of trace and memory, my works are constructed by repetition and the accumulation of forms. Continuing my plastic experiments based on vernacular photography - from the CINEMA: domestic stories (2016-17) and Hommage2 (2015) series - my new Specular series draws from the collection of French director Sébastien Lifshitz. Through games of scales, framing and fragmentation, the collages made from silver prints and Cibachrome celebrate the freedom of the body. Playing with the deformation and multiplication of points of view, the images of the past are revived, experienced as a support for projections and desires.