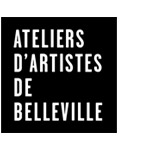 Opening the November 10 at 18h

Fanny GOSSE Born in 1975 in Paris. Lives and works in Bagnolet.
Studied at the Beaux-arts in Toulouse, graduated with a Masters in philosophy of art in Paris 1.
Echo, framed photographs reworked in pencil, acrylic, and ink. 40 x 60 cm (55 x 75 cm framed)

Echo is a series based on memory - or rather on the distortion, interpretation, even the invention of a memory. Initially, I use a vernacular photo that I enlarge. Photo retracing an event, characters, a place that I have known but which may also have simply been told to me. I start from this photographic base to "rework" the memory. To embellish or torture it, to deform it, to recreate an environment for it, so that it does not disappear, but leaves a different mark. A bit like the echo that comes from afar, crosses time but almost imperceptibly sounds different with each repetition. It is a question here of treating the non-objectivity of the transmission, therefore of the history of each one.
I rework these photos in acrylic, which applied in successive layers allows transparency (so to make appear hidden things), pencil and ink.

This project deals with the connection between two cities located on opposite shores of the Pacific: Vladivostok and San Francisco. The twinning first came about in 1959, when Nikita Khrushchev, fascinated by America after his first trip, declared that Vladivostok would one day become the second San Francisco. Since then, the aspiration towards the other side has haunted the imagination of the inhabitants. This fantasy fades with Soviet town planning. However, the image of San-Francisco comes back to life and fits into the Vladivostok landscape with the Roussky Bridge, erected in 2012, instantly reminiscent of the famous Bay Bridge. Paradoxically, the most sought-after view of the bridge opens from the half-fallow parking lot.
San Francisco seeks to define the spirit of the place in this face-to-face, where the two landscapes - the near and the far - coexist and contradict each other at the same time. The central element of the installation is the shooting, carried out by a garage transformed into a pinhole camera - the "postcard" view produced by the back of the set.

Rebecca TOPAKIAN Born in 1989 in Saint Mandé. Lives and works in Paris.
Graduated from the National Photography School of Arles in 2015.
Playing on the boundaries between documentary and visual forms, his work seeks to capture the possibility of representing personal identity in its relationship to the group, community or collective history through a sensual approach.
Lady Gulizar and other love stories, photographs 30 x 40cm and 60 x 70cm (pigment prints on Hahnemuhle framed paper), 120x140cm (inkjet prints on semigloss paper). Obsidian stones.

To Lady Gulizar and Other Love StoriesRebecca Topakian's starting point is the unique story of her Armenian family, who lived in Turkey before her grandfather emigrated to France. The love of his great-grandparents - Garabed and Gulizar - forbidden by their parents, until the removal of Gulizar by Garabed, came looking for her on his horse. This almost mythological account brought her to Armenia, where she confronts a romantic and fictional vision of the motherland with a very contemporary image of Armenia. Landscapes like portraits of Armenian men speak of desire: that of a modern Gulizar who, rather than kidnapped by his lover, becomes a desperate subject in the context of a patriarchal society; but also a desire for identity, which is expressed in the search for typical and familiar traits. By borrowing from different photographic registers - snapshot, documentary, studio portrait or intimacy photography - that she mixes in a constellar hanging with family photos that she drew on local stones picked up during her strolls, she offers an intimate and impressionistic portrait of Armenia today.

Schedules
From Wednesday to Sunday
14PM to 20PM