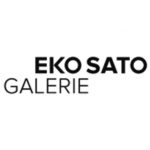 Fred atlan
Born in 1966 in Toulon.
Lives and works in Paris.
Graduated from a Master 2 in Art and Aesthetics at the University of Paris 8.

My photographic field feeds on material gleaned from my daily life, which I revive. These remains (old breads, crumpled papers, bricks and wrappers) are found scrambled, chopped, stacked between them… And frozen by the photograph to form “precipitates” of matter, mood or travel.
These aggregates resemble the remains of an original world, and represent a fictional odyssey in the archaic. From the rock posed to the floating object, from the fall to the shelter, from day to night, these images are the symbols of a fragile and distressing mythology. Thus, these landscapes with brutal resonances question the exhaustion of our eyes, too accustomed to denying the obsolescence and the strangeness of things.

Doriane SOUILHOL
Born in 1981 in Nîmes.
Lives and works in Marseille.
Graduated from the Duperré School of Applied Arts in Paris.

My research led me to study the beginnings of telecommunications and the first sound recordings of voices on discs. Some of them were made of glass, the sound then being "drawn" using a technique combining sound and light, which is similar to the photographic process. I thus propose a printing work on glass and on mirrors through pieces ultra sensitive to luminosity.
The title of this series, On the position of nodes in the blades which vibrate transversely, refers to the thesis of the physicist Jules Lissajous (1850), dedicated to acoustic vibrations by reflection of light signals on a mirror previously attached to the vibrating object. . I explore the evanescent and intangible materiality of wave, sound and light… And their possible back and forth, when sound is visible and light is heard.

Born in 1981 in France.
Lives and works in Paris.
Graduated from ENSBA in Paris.

The in situ installation “After works” consists of 36 prints 36x24cm on celluloid, hung by back suspension systems (feet and bars used in photo studio). These images come from ten kilometers of veiled virgin film, which I had displayed in the gardens of the Maison Cocteau during a residency, and on which nature has left its traces.
Like the photographer who, in his film laboratory, unrolls his films to dry them and discovers his images, I took up the verticality of this intimate gesture in my installation. This arrangement is also inspired by forests, and their trees stretched towards the sky. “After works” indeed invites the public to immerse themselves and circulate in this multitude of images, grouped by families, according to the shapes drawn by the alteration of time on the sensitive film.